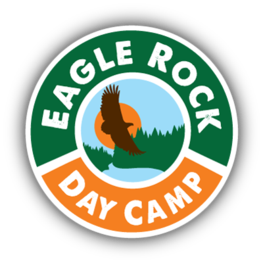 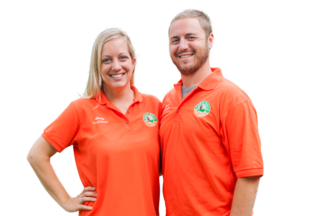 Becky and Jared Hubschman have been involved in Ebner Camps their whole lives, even meeting as campers. Becky grew up at Camp Chinqueka and went on to work as a CIT, swim instructor, and eventually Waterfront Director. She then honed her administrative skills as the Office Manager for Camp Awosting for a few summers and worked in the off-season part time in the winter office. Becky has a background in teaching and holds a Master's Degree in Education. Jared was a camper at Camp Awosting for 8 summers before joining their waterfront staff, ultimately as Waterfront Director at Camp Awosting and later on at Camp Chinqueka. He has worked in administrative roles at other recreation departments and summer camps in both South Carolina and Connecticut before rejoining the Ebner Camps family.
Their love for encouraging children's growth, training staff, and providing a fun

and safe environment is evident at Eagle Rock Day Camp. Becky and Jared are "hands-on" directors and pride themselves in making personal connections with each camper. They are often found in a row boat with the youngest campers, putting on a skit with the oldest campers, or losing a game of GaGa! They love giving Eagle Rock campers years of countless fun that

they experienced growing up in the Ebner Camps family.

​     They, along with their four children Jake, Caitlyn, Luke, and Ella, are looking forward to another epic summer at Eagle Rock Day Camp.