Kristin Ebner Martin is the President/CEO of Ebner Camps, Inc.. She follows in the footsteps of her father (Buzz Ebner), her aunt (Barbara Ebner) and grandfather (the late Oscar Ebner Sr.), who all served as Directors of Awosting and Chinqueka, as well as President/Vice President of Ebner Camps, for several decades. Kris spent her first summer at Awosting at the age of 5 months! As a child, she attended our sister camp, Chinqueka, and later joined the staff as a CIT, counselor and Program Director. Kris has been the Waterfront Director or Director at Chinqueka or Awosting for over 30 years. As President, Kris’ primary goal is to ensure the children at all of our camps have a safe, caring and fun environment where they can grow and develop into responsible young men and women.

Kris has a Bachelor of Science degree in Organizational Leadership from Charter Oak State College and a Master of Arts degree in Education from Ashford University. In between her time as Director of Chinqueka and Awosting, Kris served as Executive Director of a YMCA camp in Florida. Kris is one of the founding owners of Eagle Rock,. She is an active member of the American Camp Association and Connecticut Camping Association.

Kris is a mother to 3 boys. She and her youngest son, Hugh live in Connecticut, near camp. When not coordinating the operations at the 4 Ebner Camps, Kris is a 40 year member of her barbershop chorus, enjoys traveling, reading, spending time with her dog Scoot and her friends & family. She also has a new love, a beautiful granddaughter Tahlia Fay who will undoubtedly spend her summers at Chinqueka in the near future. 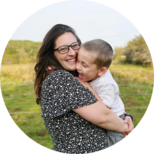 Our staff members are high school and college-age young adults that have a passion for working with children. We hire mainly from the local communities in Litchfield, Fairfield, and New Haven Counties.

Our staff members undergo reference and background checks as well as an extensive training program prior to working with campers. Staff training covers important topics such as first aid, childhood development, and bullying prevention. Some of our staff, such as lifeguards, high ropes counselors, and archery counselors participate in additional, activity-specific training.  In addition, we have a nurse on site to attend to your child's medical needs while at camp.

Campers transition to becoming staff members by completing our 2 year CIT program, then spending a year as a Junior Counselor. Our Counselor-In-Training program allows 14 and 15 year olds to build their leadership and counseling skills. 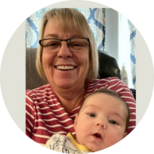 Welcome!
Dates and Rates
Our Video 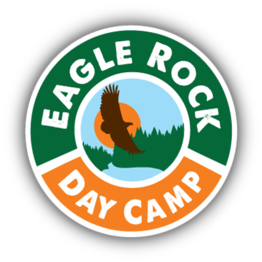 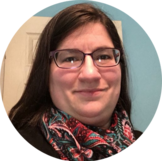 Christine Williams is not new to Ebner Camps, but she is new to Eagle Rock. After a professional “meetcute” with our CEO at a daycare, she started at Chinqueka in 2009 as the Office Manager. She has spent the last 14 years managing a restaurant in Litchfield but is back as one of our Co-Directors. In her spare time Christine loves being with her family, reading, and cooking.

They’re both looking forward to an Eagle Rockin’ Summer, and have so much fun planned for all of the campers and staff!

Sarah Allen is one of our Co-Directors at Eagle Rock.  She graduated from Saint Joseph College in 2004 with a Bachelor of Arts degree in Spanish and Secondary Teacher Certification.  In 2012 she received her Master’s Degree in Educational Leadership.  Sarah has been working at Ebner Camps since 2014 in varying positions.  Starting as a group counselor, she went on to run the Performing Arts program, then Office Manager and was made Director in 2021.  During the school year she is a Spanish teacher for middle and high school students.  She lives in Torrington with her son, Carl, and her dog, Raven.  She loves theater, crochet, and spending time with her family.